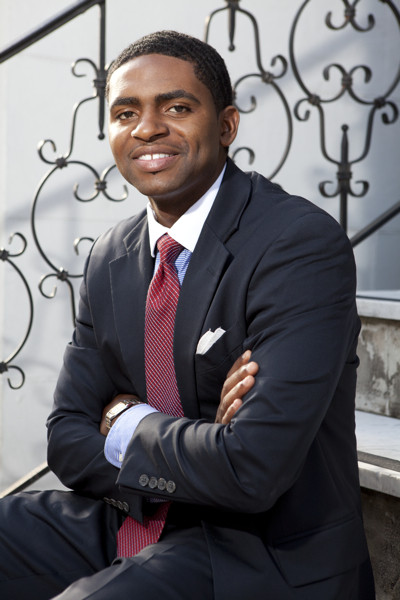 While at Morehouse, he received several academic and leadership honors. Chad was on the National Dean’s List and in the National Society of Collegiate Scholars. He served as the college’s Student Government Association President, served on 3 of the college’s Board of Trustee committees, served as Junior Class Vice President, and was inducted into the Omicron Delta Kappa Leadership Honor Society, Phi Alpha Delta Pre-Law Fraternity and Adams Community Service Scholar Programs.

During his college career, Chadrick received a variety of other honors and awards. He was awarded the Villanova University Pre-Law Undergraduate Scholars Best Summation Award, selected as an Otis Moss Jr. Oratorical Contest Finalist, and featured in panel discussions with Judge Glenda Hatchett, commentator Jeff Johnson, and actor Emmanuel Lewis.

While a student at the University of Georgia’s Lumpkin School of Law, he served as co-founder and executive chairman of the Georgia Association of Law and Politics, executive secretary of the Georgia Mock Trial Board, and pupil of the Chattahoochee Inn of Court.

After graduating law school, Mance made history becoming the second African American born since Reconstruction to serve as an attorney in his hometown, Toccoa, Georgia. He went on to start a partnership and later began his firm, The Mance Law Group, LLC in fall of 2014.

In fall 2014, Chadrick served as a visiting professor at Morehouse College. There he taught business law and lectured on topics such as negligence, products liability, business torts, legislation, corporate ethics, and litigation. While a Professor at Morehouse, it is believed that Mance was the youngest adjunct Professor at the time. In fall of 2014, Morehouse College honored Mance by creating a mentoring group in his namesake, “The Mance Mentoring Group”.

Mance has lectured on several legal topics before audiences. Mance has served as the keynote speaker or guest lecturer in the following capacities:

In each capacity, Mance has lectured on topics related to tort law, social justice, and/or leadership. Mance envisions The Mance Law Group becoming one of the most accomplished Litigation Firms in the United States. He hopes that his firm will continue to vindicate the rights of its clients by using the law to achieve a desirable and just outcome for the injured, downtrodden, and neglected.